This is just a collection of thoughts triggered by a fabulous photograph of an empty walkway, a message exchange of thoughts on the beauty of sunsets and nights, an emotionally charged lash-out from someone right in the morning and a gloomy rain filled day. 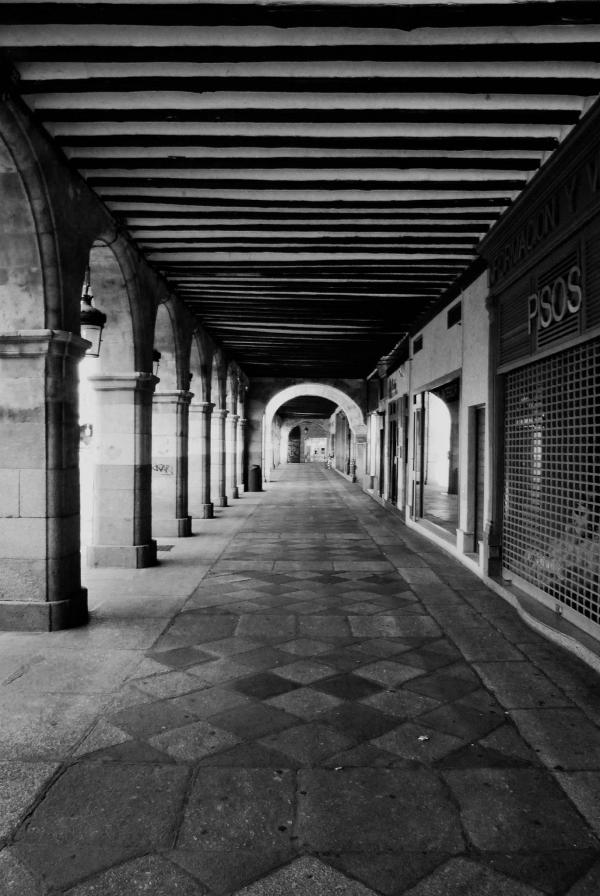 Words explode in my head pushing and thumping against its walls to escape, thoughts stumble on each other like perplexed mass but I could not bring myself to write a single word. Frustrated with myself I turned to reading but the words became a blur. Crying is therapeutic and I was filled since some days. Suddenly my eyes became pools of hot liquid and from under the closed lids streams of hurt and pain and utter dejection with self began to slid down my flushed cheeks. For a long time I just let it all flow. My temples throbbed and zillions of electric currents passed through my head sending shock waves down my tired body. Then it all ceased. Sleep is a healer too.

Words still kept their distance. When the walls begin to cave in and suffocate you light streams in from some crack somewhere. I chanced upon a lovely photograph of a walkway and a simple exchange of thoughts and a some comments reminded me how I miss the empty spaces in life. How all the life, even in lonesomeness, I am filled with an inner chatter, how I need to calm my self and embrace what I love. Go where love is. I have always been fond of long empty corridors, walkways. They give me a sense of intimacy. There are stories drifting in the play of light and shadows.Shadows that add meaning to the mundane. I remember how I would lean against a pillar , a tree or against the coolness of a wall and watch the deeper play than that which words can express. I would imagine the people who must have walked there once, their conversations, silences and then those empty places would fill with colors, textures, sounds and smells and as suddenly they would appear, they would vanish. Leaving a quiet silence and I would stand at its threshold not moving a muscle listening to the silence.

As I saw the photograph I was sucked into that place, that time and for a moment nothing else existed. The conversation drifted to sunsets and nights and I remembered what beautiful sunsets I had seen during my various journeys. Each one distinctly different from another. Sometime a carnage of dreams and memories, a sun stabbed sky turning  from Merlot to scarlet to shades of crimson, purple, blue and bronze which existed only in the box of crayons from my childhood. As I grew up I usually found them spread across the sky. A few of those brilliant sunsets I still carry in my heart. The orgasmic meeting of sky and earth at the horizon. The shimmering snow-clad peaks of Himalayas. The deepening evening shadows, the cacophony of birds, the sweet fragrance of pine or flowers riding on the back of evening breeze, the timelessness and a knowledge that we have a few hours of solitude ahead of us. It is surreal experience that remains etched in the memory for ever.

The sunsets led to the nights. The rich hues of night sky, the changing patterns, the calm that slowly seeps into the hollow of your bones. Night sky holds a very special place for me. I find it more alive than the day sky. I have memories associated with the night sky from my childhood, from my growing years and those years in between when it became my constant companion. The healing dark, I called it.

I often wondered what pulls me to the night and realized that just like memory it suppresses the idle details. Night is all-inclusive. Everything is draped in one single color.  A vast expanse of oneness that takes everything in its compassionate fold. There were times I felt choked behind the walls and curtains during nights and it loomed large over me like a hungry carnivore ready to take a plunge and dig its sharp claws in my soft flesh of my heart. I longed to step out and reach for the night sky outside my prison , lay bare my body and soul to it but then slowly I realized that all the serenity and calm that the night brings is inside me. Nights became the blotting paper for my sorrows, a playground for my desires, a confidante for the untold secrets and unfulfilled dreams just as it has been a fairy kingdom with stories written in stars and imaginary shapes and figures lingering in the drifting moon and cottony clouds during my childhood.

There was something about the darkness I loved then and do now. Every perspective changes as the night deepens and then fades with the first break of morning light. Laying in bed  just before the sleep takes over is the most rewarding time. It is a time  when the human heart , alone and unperceived, is full of powerful emotions and surrenders itself completely to the darkness. When all that is concealed is revealed.

City nights are harsh, artificial, haunted by neon dreams and smog that chocks its lungs and yet there is a time when everything stops. When one is pulled by the magic of the night sky. The few hours before dawn when I usually step out for deeper communion with self and whats around me.

Nights spent lying under the stars on terrace during summers still makes me nostalgic. The first thing that we lose when we grow up is the sense of wonder. I remember nibbling on a blade of grass and just watch the night sky. A million zephyrs, a lonely and frayed moon tugging the corner of a cloud drifting aimlessly, smokey wispy clouds,  sometimes  just inky blackness  of a winter night descending on everything under it like a widow of the universe it mourns in silence.  Its deep horizons yearning and longing for all that is lost.

The wild stormy nights of rain armed with jagged spears of lightning slicing the sky in two. Rainy nights that cleanse the venom inside and outside. I have spent hours standing under the night rain letting it out flow out.

Have you ever heard someone play soulful music on a wooden flute in the stillness of the night? Ever felt the warmth of human body next to you on an endless summer night without even touching? Ever thrown your arms open to the sky as if fishing for stars? Even looked at the mist moving like a ghost in the night from behind a glass window. Ever stood in an open filed, a lonely beach, a moonlit desert, at the edge of a cliff jutting across a deep valley drinking in the night? Ever walked the smoke-filled, neon lit, city roads at night? If not then you haven’t lived to the fullest.

I have walked the meandering , winding roads in the hills with sweet intoxicating smell of wet pine filling my lungs and puddles dull of moon light creating a magical scene after a sudden mountain rain. Roads hold me captive but we will talk about them some other time.

I woke up to a rain-soaked day today. When you stir a dying fire there are chances of some spark turning into a flame. Some questions burn like embers and should be left alone. Relationships are complex tangled web of emotions. I watch an emotional outburst turn bitter  and pungent with rage right in the morning. With heavy heart and tear filled eyes I took the blows , scared that one wrong word may spin the thing into uncontrolled roller-coaster and it was the last thing I want at this point of time in my life.

Brimming with pain I tried to stop the deluge that waited to be unleashed. The best option at such times , and I have faced many of them, is to go into a sound cave.

This is something I learned over the time. To switch off, disconnect, choose some music with drums, guitars, preferably rock, heavy metal , turn up the volume, put on the headphones and go into a sound cave. My favorites in such times are Enigma, Nirvana, The Rasmus, Evanescence etc. I used to listen to soft melodies which acted like fuel to fire marooning me in deeper in sadness. Music can be a great stress reliever as well as an escape into another world which is far remote from the grim, heart wrenching reality. Wearing headphones acts like  insulation from outside world – a sound cave where nothing else exists. In times when the world seemed too much for me I learned to slip into this sound cave. For an hour or so I sedated myself with music giving myself time to emerge out of  the incident that shook me. I often play some music according to my mood and listen with headphones on. It is my way to kill loneliness , to disconnect with the unpleasant and to connect with the sounds and rhythms , to absorb the lyrics which may or may not really have any relation with my current situation and mood but it soothes my inner.

I realized that doing this cleared much of the blocks within me including the writer’s block.

The sand is slowly shifting from under my feet. Uncertainty is looming large. Am at the edge of desire. I tell my heart that everything will work out well but I know certain things are elusive, distant dreams that may never get fulfilled. Sometimes we are at a crossroad of emotions and all we can do is either push through the fear and go ahead with the flow where ever it takes or become a cynic and get caught in the web of “what if”s and “if only”s .

Last one year  has been a journey within. I discovered facets of me that I never knew existed. I found myself doing things I could never imagine doing in wildest dreams and yet I am still unable to cut that one thread that is rubbing against my soul and making it bleed.

There is also something else tugging at my heart apart from losing my new-found economic independence. Something which holds the key to my life.  Love is a many splendored thing. Right now , with my muse back, I am letting the universe take over. I have slipped the questions to the universe. I know the answers will come .

Leaving you with a song I love

Photograph : Part of the collonaded walkway that surrounds the Plaza Mayor at Salamanca. Photo Credit  James Goddard  . Many thanks. 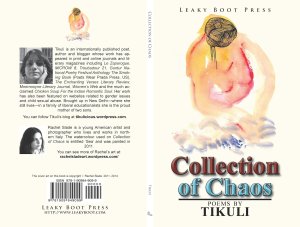