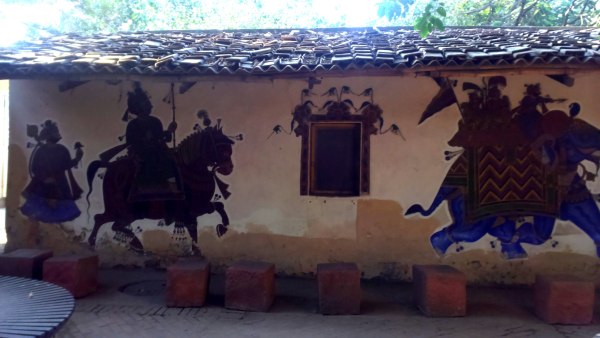 I am tired of building sand castles, tired of so tastefully infusing each grain with love and passion only to be swept away by tide or the strong breeze blowing across the oceans that lie between us. Nothing remains, not even ruins. Nothing but handfuls of sand slipping through my fingers into the void left by crashing waves. I love the stories written in stones and bricks, ancient, crumbling structures that once were home to lovers and kings, temples made in honor of goddesses, tombs, castles and once vibrant, thriving city states now nothing but crumbling ruins shrouded in folklore, mystery, and intrigue, blurring that thin line between myth and reality. Each brick, each stone whispering a story. Touch them, run your hand on these broken walls and they will come alive and speak to you of passion, betrayal, envy, compassion, deceit, and death, everything that love is capable of. Sometimes I feel they were built as ruins and all the grandeur was added to them only to fall off with time to reveal once gain the alluring perennial beauty like that of a  woman whose true essence lies underneath the layers and layers that cover her. Her true self emerges only when all the veils drop.

Ruins have that strong naked feminine energy running through them, holding them together in all their beauty despite the ravages of time. Tinged with melancholy there is an unsaid acceptance that these ruins are more real than the perfection we aspire to.

We ventured into this haze, arms locked together, hand in hand strange warmth radiating between us, a light squeeze of hand in the grip of another, a message, assurance of being there in that moment. We traced invisible lines on the crumbling walls, our fingers laced together as one. It was in this moment of togetherness I realized even if this meeting had an end at least it had a beginning.  Time stood still as we talked along the trodden path. The fringes of the day lingered on the arches and columns that stood like trees of life. Supporting whatever still remained of the glorious past. The stones spoke to me and I seemed to know their mute language, and they too seemed to understand what I felt.

Patches of light played hide and seek on the building facades as the sun played mysteriously sought its path among the silhouettes frozen in time. He was a tourist I a traveler  seeking something more than what lay before my eyes but somehow it was enough to just be with him even in our differences.  The unintentional occasional brush against each other sent sparks shooting up my spine like a comet. I wondered what feelings these ruins evoked in him. Between the sunset of past glory and an uncertain dawn he and I stood separated by a dark frightening night. 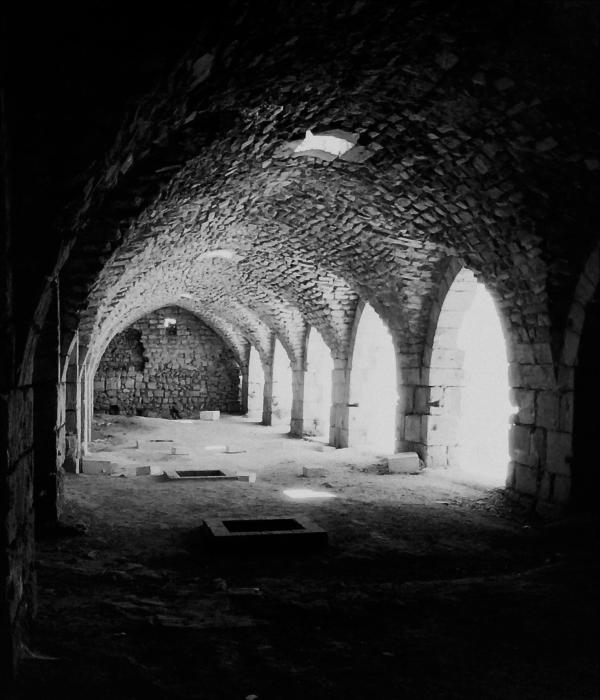 Today I stand solitary amid the silent ruins. We never really forget someone after we have felt their hands, their fingerprints on ancient walls, after we have engrained their body heat into our very body chemistry and the fragility of it all. Today these ruins are filled with silent murmurs of our hearts. I ran my fingers along the weather-beaten Gothic columns like prayer wheels of monastery and suddenly I felt his presence, as if he had come back to me travelling all the seven thousand five hundred miles, filling all the gaps and cracks in me, filling the emptiness, the void, for I am a ruin myself, wandering among the ruins.

I leaned against the pillars draped in twilight and felt my inner darkness merge with the lengthening shadows of these pillars. I began to walk along the familiar path, now empty and more ruinous that it was meant to be. I reached the arch from where we had looked down upon the eerily silent, dramatic, desolate vast expanses of structures with dark lonesome interiors. My own loneliness and the pain of separation began to rise from some deep dark crevice within. The walls of my heart resembled those that lay beyond the frame the door made. Piles and piles of abandoned stones once part of some structure built brick by brick with some ol’ loving hands now in ruins flung up in jealous rage by winds of change. No wonder these ruins remind me of love, of distances, of  deep sorrow that clings to the senescent walls like jungle vines eclipsing everything that comes in its way. 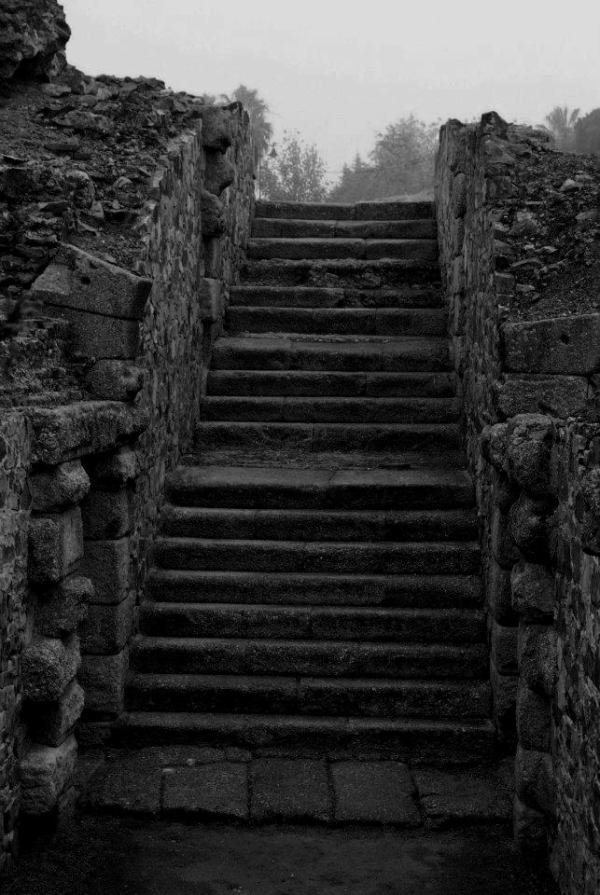 Strange, how darkness paints everything in its own color.  I climbed the staircase into the open, out of the darkest recesses of my being. These stairs had seen many ups and downs in the lives of those who lived and dreamed. I chased scents of those as the landscape began to dissolve into inky night.  Sometimes a sorrow greater than ours acts like a sedative and tranquilizes the emotional pain, the ruins did just that today and now It was time to leave , the company of inner storm and wind that rushed through the decaying, neglected, lonesome structures of the past.

I know why I love to linger among them. It is because they aren’t neat and safe like buildings of today too superficial and undisturbing. It is only in the broken, obscure, jumble one can find oneself. only here one can shed all that is not part of the real self and look at the naked truth. I picked a handful of sand and watched it slip slowly from between my fingers.  Just like time.

The moment that brought us together as one had ended. Each of us carried with them a part of other. He was gone for I don’t know how long and left me wrapped in a myriad of emotions. I took the bridge which he had crossed with me that day filling my world with laughter, love and an immense feeling of togetherness leaving the shadows of the past behind.

I will wait for you as these ruins wait for travelers who seek the voice of  their soul. I will wait for you to run your fingers along the contours of my body just as we ran them along the walls and columns, plinths and arches. I will wait, even though it is hard to be left behind.  I want to get used to this feeling that you are with me even though you are not by my side or may never be. Waiting isn’t about patience or even hope, it is about keeping the dream alive for sometimes it is the only thing one has. The only thing to live for. A mirage that keeps a lost and lonesome traveler alive with hope in the harsh reality of life. I know that no oasis awaits me with its bountiful gifts .. love is sometimes just a distant dream, togetherness an illusion. Sometimes one knows one’s place –  outside the periphery, just as these ruins in the desert and that is the beauty of it.

I would like to thank James Goddard  for allowing me to use these excellent photographs from his travels to Syria and Spain. The photo credit goes  to him.

G.K.Chesterton once said , “There are no rules of architecture for a castle in the clouds.” and I agree with him

My love affair with the clouds continues. As a child I would gaze endlessly at the clouds. I used to spin tales around the imaginary figures I saw in them.  Even now I love to simply watch these shape shifters in the sky .  From dawn to dusk  and even at night  there is magic in the sky.

Watching clouds roll by is at times nostalgic and at other therapeutic to  mind , body and soul.

This is the first post  of some recent cloud photographs . I am not a pro in clicking pictures  so these are just some little bundles of joy for me.

The sweetest flower that blows,
I give you as we part.
For you it is a Rose,
For me it is my heart.

dewy love in every fold..