Time stands still on the stone steps by the river;
a silhouette takes a dip and emerges from its waters,
hands folded in obeisance to the rising sun.
A moment of transition from mundane to divine.
A marigold garland drifts by with ash in a plastic bag.

With a conch’s cry, the temple city quivers to life,
a flower boy approaches and with him a frail form
in white, a prayer basket trembling in her hands.
Oblivious, she faces the river, chants mantras,
lights the flower lamp and sets it afloat.

A song comes as a boatman begins his day.
The sun rises from the saffron tinted waters,
lifting the veil from Shiva’s abode. The air thickens
with smoke from funeral pyres and cooking fires,
the skyline of soot-darkened temples their backdrop.

In the sacred city of Varanasi a union of opposites—
suffering and liberty, birth and death, sacred rituals
and the unfolding of daily life. I walk the ghats,
that are alive with rhythmic sounds of cleansing
as washer men thrash laundry against stone slabs.

A holy man—his body smeared with ash—
lifts his hands above his head in prayer,
another, with Shiva-like dreadlocks,
sits in deep meditation at the sunken temple.
The air echoes with the clamour of temple bells.

Pigeons take flight. I sit beneath a canopy
and watch the river of life gasp for breath
at the confluence of the city of light and death. 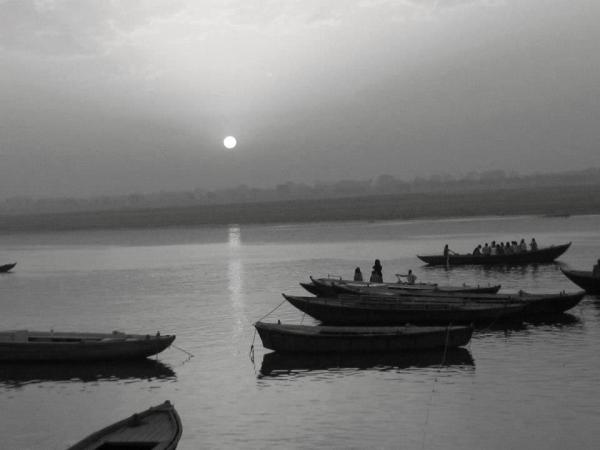 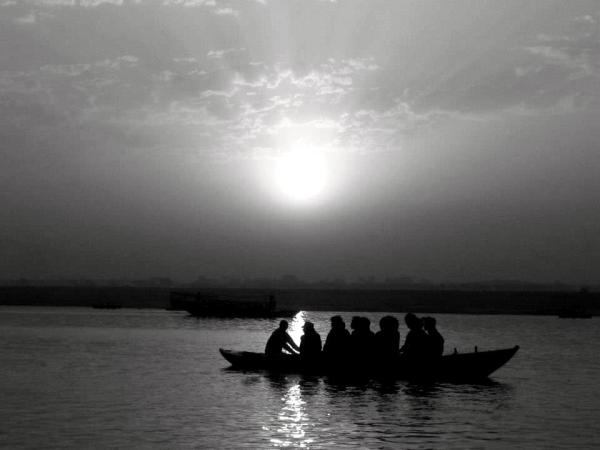 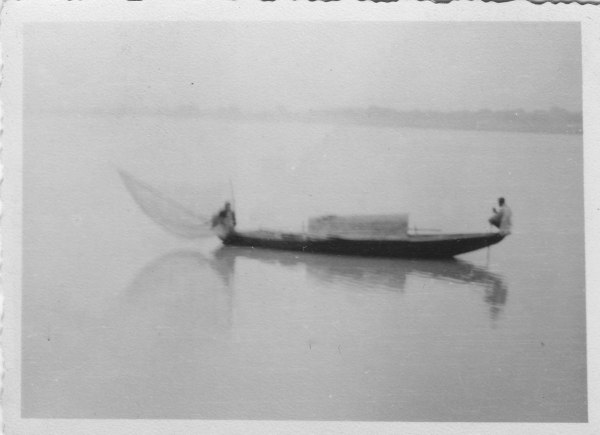 The environment activist brave enough to stand up against the corrupt administration and the stone quarrying and mining nexus died an unsung death while the media and politicians drooled over a ‘high flying’ Baba Ramdev.

Swami Nigamananda, 34, had been fasting for 115 days in Haridwar. On April 27, Nigamanand’s  health started deteriorating and the authorities admitted him at the district hospital. He went into coma and had to be admitted in a very critical condition to the Jolly Grant Hospital in Dehradun on April 27, 2011. Since then he lay there unnoticed by media, authorities and rest of the nation. The case of his death in under investigation as traces of  high toxins were found in his blood.

Was he murdered by the land mafia?

Why didn’t the “saviors of Hinduism”, the state government , the center and  NGO’s do anything to support his cause while he was alive?

While political parties trade charges over the sear’s death  it has exposed the sensitive issue of  destruction of the fragile ecology of Ganga. A river which is not only considered Holy but also nourishes the areas where it quietly flows mourning its brave  crusader’s death. Nigamanand was a member of Matri Sadan  which  has struggled to save Ganga from illegal mining for the past 12 years. Swami Nigamanand  had earlier done fast from Jan 20, 2008 till April 1, 2008 after which Stone mining was banned but soon after some months it started again and then another activist Dayanand did 30 days fast in March 2009 to shun the illegal mining  from February 19 this year. Matri Sadan never gave up its struggle. Another member, Dayanand started his Satyagrah from 15th October 2009 which lasted for 163 days.

The official website of Matri sadan tells how for the last ten years  Himalayan Stone Crusher has indulged in extensive rampant stone quarrying and sand  mining in full co-operation with the administration. The river bed is plundered by cranes and trucks as government issues permits and the mafia digs deeper and deeper into areas which are restricted for mining all along the 80-km Ganga stretch from Muni ki Reti to Rishikesh in Tehri district and further up to Laksar town in Haridwar. There was hardly any official supervision. This kind of destruction leads to flooding . Due to the illegal blockades and obstructions my the mining mafia the river has shifted its original course by 500meters and can spell havoc for the flora and fauna in the areas nearby and for the people who stay there. Thousands of acres of agricultural land has been rendered barren.

It is not just the area near Haridwar but also in areas near Roorkee  where the river beds have developed crevices as deep as 40 feet, polluted water and depletion in fish catch  is visible here. Forest reserve like Rajaji National park is also bearing the burnt of mining posing a threat to the local ecology. The center and the state allots millions of rupees for saving  the Ganges but nothing effective emerges out of that. It is ironical that the state is losing crores of rupees due to illegal mining and yet it continues to thrive under the very nose of the district administration.

Nigamanand’s death raises yet another very grave question about the illegal mining of river beds across the nation and the nexus between the administration and the mining mafia. It is the same nexus which is involved in deforesting the forests and many such issues.  Gavel and sand is needed to meet the growing demand of raw material by the contractors for booming construction business and  riverbeds are the source for that. Supreme court and the district courts  have issued order to prevent illegal mining and they have been openly flaunted all along. These miners are mostly  influential people with a political clout and plunder the river openly. The result is nothing but suicidal.

Indiscriminate mining is posing a great thread to the river ecology across the country. Many of us can not foresee how this lack of governance and unchecked mining will affect us in future.This mindless, unrestrained and unregulated activity is posing threats of widespread depletion of water resources which will ultimately lead to unavoidable food shortages and hardships for the people. Unscrupulous contractors and corrupt government officials  are more than willing to ravage all the major rivers across the country. They are merrily excavating sand from the rivers generally disregarding all environmental regulations.

Country’s precious natural resources are being purloined in a big way, its forests are being clean-felled, land degraded and its rivers threatened with extinction and yet no one is taking strict measures. In a country where the media houses, government agencies, politicians everyone is solely focused on their own personal agenda who cares if an environmental activist dies  fighting for a cause ?

Why aren’t there strict measures to erase this nexus from the roots ?

What is the solution then ?

Will the battle started by Nigamanand slowly fade to the last page of the newspaper  and will the investigation of his death end the Arushi way?

Will the nation wake up and realize that  Nigamanand died for a serious cause and he was not a mass entertainer like Ramdev ?

Whysuch low priority given to the Ganga  matter where black money issue steals all the attention ?

Isn’t it worth pondering that no one had heard of Swami Nigamanand until today until the  news surfaced that he had died following a four-month fast against illegal mining on the banks of the Ganga?

We know that the state government and the officials lend a helping hand for the loot ? Why isn’t it checked  ?

Why  isn’t there an environmental clearance before any such permits are issued ?

Will Nigamanand’s sacrifice go waste or will it change the fate of Ganga  and maybe all the other rivers of our country ?

Do leave your views.

(Images from Matri Sadan blog  and downtoearth.org.in , facts from web)